Laser scanning and digital prototyping are becoming more common for capturing and preserving crime. The technology makes it possible to revisit the scenes as evidence is analyzed. Professor Mark Williams is the project leader of product evaluation technologies and metrology research group at Warwick Manufacturing Group. He explains how this technology can help forensic investigation of crime scenes. 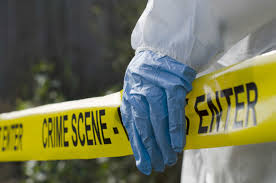 The Warwick Manufacturing Group at the University of Warwick have shown that 3D laser scanning, 3D advanced visualizations and other modern technologies can efficiently analyse evidence for criminology technicians. 3D laser scanning captures millions of data points of a real-world environment, allowing to view that environment virtually. This for example allows prosecution to show a crime scene to a jury, who might have not seen the location. This technology is also less time consuming than traditional forensic analysis. With a 3D scanner an operator can collect over 10 million data points in less than five minutes, form 360° laser scan of an indoor scene with accuracies within 2 mm, up to a distance of 330 m.

A virtual crime scene has several useful purposes. It can be combined with physical measurements taken to support blood-pattern analysis or to corroborate witness statements. Researchers can also retrospectively revisit the crime scene long after the investigators left it. Despite many advantages, it is difficult to widely implement 3D scanning. Scanners are not very expensive, but require specialist skills and powerful computing hardware, which means it also needs financial support. Such expertise is a lengthy and complex process.

Another tool that has potential to make large impact on forensic analysis is high resolution X-ray computed tomography (CT). Computed X-ray tomography is routinely used for medical applications. Micro-CT is a much higher-resolution technique in which the X-ray source and the detector remain static while the sample rotates. Micro-CT can be used to identify and classify microscopic injuries. Using x-rays makes it possible to capture interior features in 3D at a microscopic level, marking details not visible to human eye and that traditional medical scanning techniques would have overlooked. Micro-CT provides 3D microscopic evaluation of weapons and injuries, especially those on bone and hard tissue. It can also support forensic analysis of strangulation. Injuries caused from strangulation are often hidden or very small, hard to pick up with the human eye. Micro-CT can characterise those injuries.

Finally, there’s another novel technology in the analysis of crimes – additive layer manufacturing, also called 3D printing. It allows to suit the generation of models for key pieces of evidence, that can be presented during trial.

View all posts by Sonia Stępień 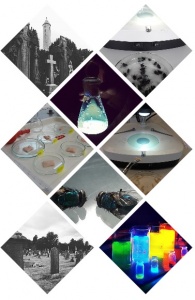